Made from a pork called "Pie noir du Pays Basque", Kintoa ham is cured between 16 to 18 months in our drying shed in Les Aldudes Valley. Characterized by a dark red and marbled meat, a fruity and strong taste and its firm texture slowly melting on the tongue.
Silver medal in "Concours Général Agricole Paris 2012".
Gold medal in "Concours Général Agricole Paris 2011".

Keep the pre-sliced Kintoa ham vacuum pack in a temperature between 0 to +4°C during maximum 3 months. Once the vacuum pack is open, it can be kept for one month after putting some oil and greaseproof paper on

In order to enjoy the ham in the optimal condition, keep at room temperature for 15 minutes before eating it. Perfect as an appetizer served in "Onegin" (cones) with some vinegar cherries and guindillas or in cold starter with other kind of charcuterie and fresh vegetables. 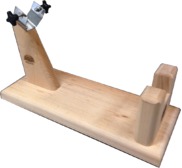 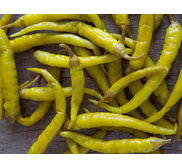 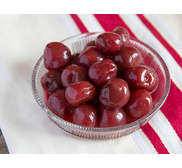